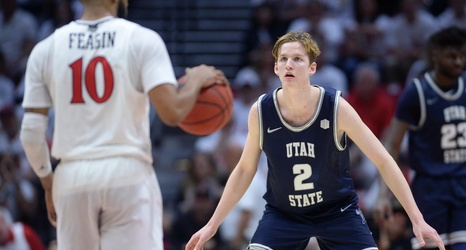 The calendar has completely flipped to February on the Mountain West basketball schedule, meaning the stretch run has arrived. Due to a conflict with a major convention in Las Vegas, the conference tournament will start a week earlier than usual. Now is the time to do damage in Mountain West play with only 5-6 regular season games remaining. Will San Diego State run the table? Will Utah State survive enough to remain in the at-large discussion? Let’s take a look.

The hype is real. The first NCAA Bracket projection reveal showed the Aztecs as the #1 seed in the East Region.