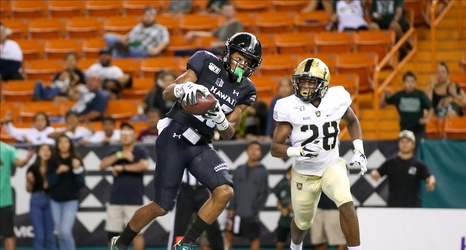 Typically this is the time fans state that this season blew by fast, but frankly Hawaii’s thrilling win over Arizona in Week 0 feels like half a year ago. Hawaii starts its football seasons a week earlier than most, and usually plays a 13th game. That’s a long regular season. Add in the travel issues the Warriors endure, but it’s nothing short of remarkable that head coach Nick Rolovich led the 2019 Warriors to a 9-4 record despite all the athletic department’s shortcomings.

Hawaii did not dishonor their accomplishments by easing through things on Senior Night against Army in an attempt to prep early for the Mountain West Championship.