Aggies in the NFL Week 9 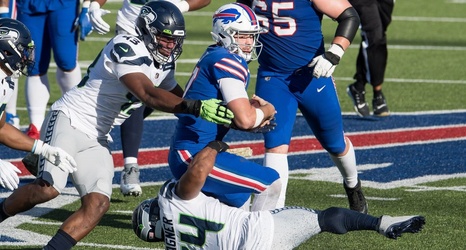 This week Patrick Scales saw an increase in production, playing on 10 special teams snaps (31% of the snaps) and Scales also recorded his first tackle of the year so it was certainly a more productive day for Scales as he tries to get on the field more.

Nevin Lawson had three total tackles (two solo) in a win over the Chargers. Lawson also played on 12 special teams snaps compared to the four snaps he played on last week in addition to seeing all the snaps on defense so similar to Patrick Scales, Lawson also saw more time on the field this week.