Aggies in the NFL Week 8 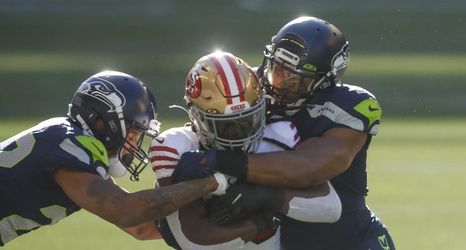 Bobby Wagner had 11 total tackles. six solo and five assisted, and three tackles for loss in a 37-27 home win against the 49ers. Wagner also recorded four quarterback hits so that brings his season totals to 74 total tackles and two sacks.

Nevin Lawson saw 100% of the defensive snaps for the second straight week, this time against the Browns in a 16-6 win. Lawson had 5 total tackles (four solo one assist) and also had a pass deflection. He has 27 total tackles, two pass deflections, and a quarterback hit this season.