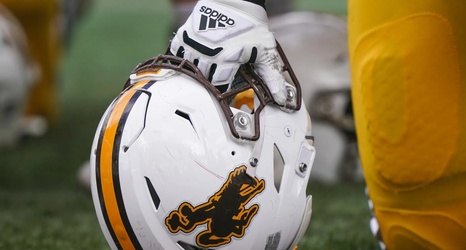 The Wyoming Cowboys finished the 2021 season on a high note by defeating the MAC runner-up Kent State Golden Flashes in the Famous Idaho Potato Bowl, 52-38, at the end of last season. The final result, a bowl victory, was quite the welcomed one for Coach Bohl and his boys from Laramie after the rollercoaster ride that was their 2021 campaign. The Pokes kicked it off last year with higher expectations than they’d had in years past, and unfortunately they couldn’t quite live up to that early season hype. Stumbling a bit out of the gate to a fortunate 4-0 record in non-conference play, thanks to a somewhat favorable early season schedule that helped forgive them of their inconsistencies on both sides of the ball (but mostly offense), Wyoming finished undefeated in their non-conference slate.