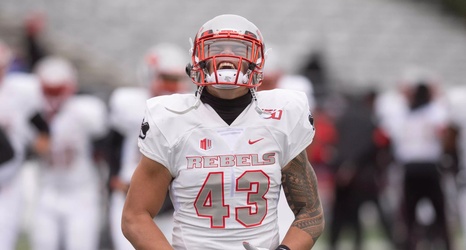 Welcome to the second post in our twelve-part recruiting breakdown series. Today looks at the #2 team in our rankings, UNLV.

The 2020 UNLV recruiting class was pretty strong in the fall and likely would’ve been in the top half of the conference had things continued down that road. Instead, there was a coaching change, and the Rebels signed no one in December. But Coach Arroyo and his staff did tons of work in January, adding major talent to the recruits they were able to keep, and ending up even better than before. It’s a class led by star power at the top, as can be seen below.