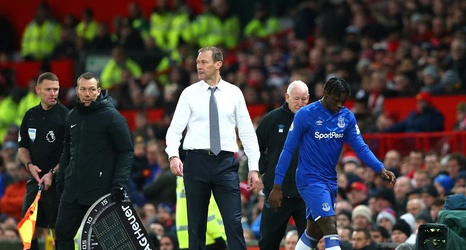 It was remarkable. And looked incredibly harsh on Moise Kean.

Everton’s 19-year-old Italian had been introduced to Sunday’s action at Old Trafford only eighteen minutes earlier. Then in the closing minutes of the game his number was displayed and he was withdrawn. The youngster looked at once, baffled and angry.

Not only that, his interim boss, larger-than-life character Duncan Ferguson, appeared to blank him as he trundled off the pitch.

After the game, Ferguson said...

”I just needed to make a substitution to kill a bit of time.

”I have a lot of attackers on the bench, it was nothing against him personally.