Jesse Marsch On The Up! 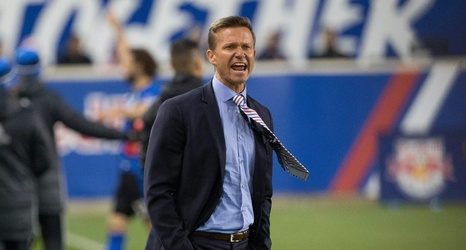 Former Montreal Impact coach, Jesse March, the only one in the MLS-era (apart from Wilmer Cabrera) that has not been fired from the club, is making a reputation for himself in Europe.

Many Impact fans were disappointed to see the American leave Stade Saputo in 2012 after the first MLS season ended when differences in coaching philosophies between Marsch and the club’s management led to an “amicable” split.

Marsch has rarely looked back since (Impact fans have!!!) and last night became the first American to coach a side in the UEFA Champions League.