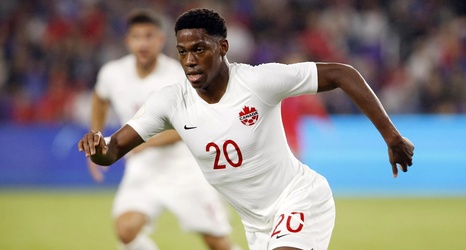 Nineteen year-old Jonathan David has beaten of challenges from Alphonso Davies, Scott Arfield and Mark-Anthony Kaye to be named Canadian Men’s Player of the Year 2019.

The young Brooklyn-born striker claimed 20 goals and 12 assists in league and cup for his Belgian club KAA Gent over the first 11 months of the calendar year, straddling seasons 2018/19 and 2019/20. He also scored 8 times in 9 matches for the international team in 2019, taking his overall international record to 11 goals and 12 caps.

Davies, who finished second, has been starring for German giants Bayern Munich, and as recently as last evening help his club complete a perfect 18 points from 6 Champions League group games as they comfortably defeated Jose Mourinho’s Spurs 3-1.