Ciman In Place For Only 2nd-ever Career Title 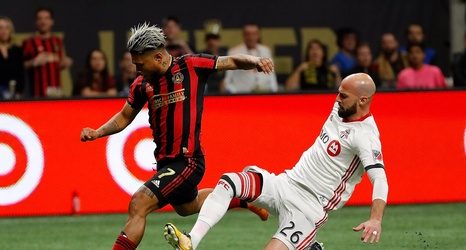 Understandably, it’s a difficult dilemma for some Impact fans.

Not so difficult for others of course, who simply cannot contemplate a Toronto FC victory under any circumstance.

But there’s been enough noise on social media since last night at this end of ‘The 20’, to suggest a begrudging respect for TFC’s achievement in reaching a third MLS Cup Final in four years. Not only that, some have expressed congratulations for former Impact centre-back Laurent Ciman, who was traded before the 2017 season begun, and has performed a key role for TFC in this post-season.