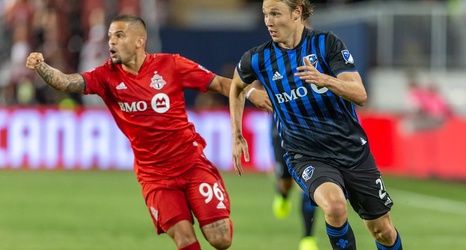 It’s make or break time for Montreal Impact this evening as they go up against bitter rivals Toronto FC, bidding for their fourth successive Canadian Championship.

The national tournament provides the opportunity of at least some solace after another depressing MLS season. The big prize of course is a place in the CONCACAF Champions’ League next season, a competition Montreal last graced in 2015, when they became the first Canadian club to reach the final.

But Canadian Champions is a title Toronto FC will not give up lightly. They’ve dominated this tournament with 7 successes in its first 11 years, and they too will aim to retain the cup and go on to emulate their own great run in the continental competition in 2018.