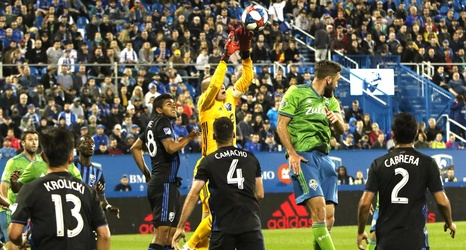 One minute you’re sitting tight hoping for an opportunity to emerge from an idle 18-game run on the bench, the next you’re thrust into action in a fierce north-west rivalry match-up.
That’s the likely scenario that’s about to befall Evan Bush this weekend following his move from Montreal Impact to Vancouver Whitecaps.

Of course it won’t be the usual boisterous cacophony of noise without fans present, but the intensity of a heated Cascadian derby between rivals at opposite ends of the scale will still be tangibly felt.

Perhaps Whitecaps fans should not worry.