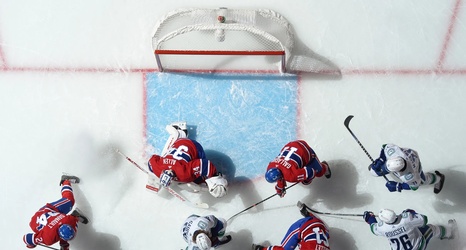 The Montreal Canadiens should have won the game last night. It was a frustrating affair considering the high amount of chances the team had to put the puck in the back of the net. The disc didn’t obey them; it bounced off posts or slid past breaking sticks in front of empty cages. Most of those high-danger looks came off the stick of Tyler Toffoli, but him being the offensive catalyst isn’t a bad thing; it’s what he was brought over to be.

The heat map from Natural Stat Trick for the game reflects the quality of Montreal’s offence against the Vancouver Canucks.