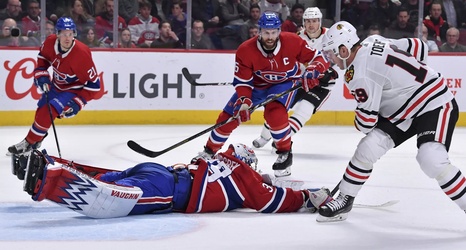 Cautiously, like someone wandering into a minefield, the Montreal Canadiens crept into Wednesday night’s affair with the Chicago Blackhawks on a two-game winning streak. They had knocked off the Ottawa Senators and Calgary Flames on the back of two incredible performances by Carey Price, but the net last night belonged to Charlie Lindgren, making his third start of the season.

While Joel Armia did practise with the team, he didn’t make it into the lineup against Chicago as he worked his way back from an upper-body injury.