Montreal vs. Calgary game recap: Nick Suzuki the difference as the Habs douse the Flames 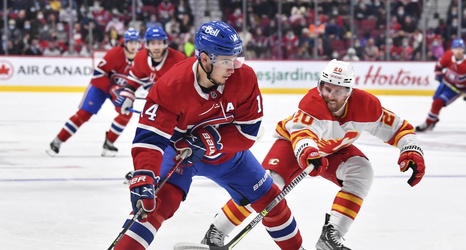 The Montreal Canadiens were still mired in a woeful start to the NHL season, and still missing a number of the key players including Jonathan Drouin and Joel Edmundson, both of whom were recovering from injuries. The Habs had a new face in the lineup as Ryan Poehling was called up from Laval to replace the injured Cédric Paquette.

Poehling slid in between Michael Pezzetta and Alex Belzile, while the rest of the lineup remained the same after a 3-2 overtime loss to the Los Angeles Kings on Tuesday night. Jake Allen once again took the starter’s role, and Jacob Markstrom got the call for the Calgary Flames.