Montreal Canadiens: Victor Mete is proving to be a trend setter in the NHL 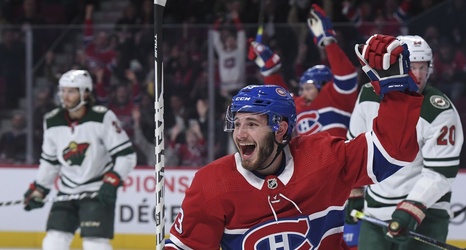 The Montreal Canadiens needed that win against the Minnesota Wild Thursday night. The team was in a bit of a funk defensively and helping Carey Price earn a shutout while holding Minnesota to only 17 shots is a good way to add to their overall confidence. That and Victor Mete finally scored his first NHL goal.

Sportsnet had some “fun” tracking Mete’s drought. According to their Stats Twitter account, the 2016 fourth-round pick had the longest drought to begin an NHL career in Montreal Canadiens’ history at 127 days. Mike Komisarek held that record before Mete at 123 days, and hopefully, his tenure in Montreal isn’t anything similar.