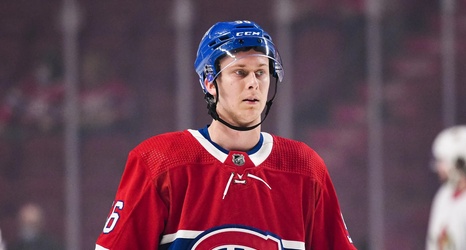 The Montreal Canadiens have sent forward Jesse Ylönen to the Laval Rocket as the roster cutdowns towards Opening Night continue.

Ylönen is entering his second North American season, and spent most of last season with the Rocket. He alternated on the fourth line at practice today with Ryan Poehling, Mathieu Perreault, Alex Belzile, and Artturi Lehkonen.

The 22-year-old had nine goals and eight assists in 29 AHL games with the Rocket last year. He also played one NHL game in the team’s final regular season game. He will go to Laval and should be expected to be one of the team’s top wingers.