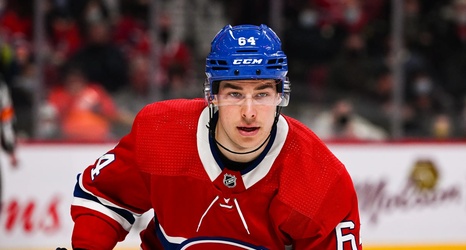 The Montreal Canadiens have sent defenceman Corey Schueneman to the Laval Rocket on Wednesday.

Schueneman was a healthy scratch on Tuesday against the Minnesota Wild, and was one of nine healthy defencemen on the NHL roster. Willam Lagesson and Kale Clague were also healthy scratches. Justin Barron is out of the rest of the season, but remains on the roster.