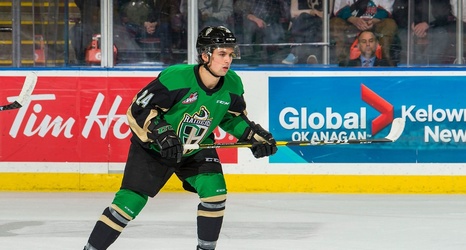 The Montreal Canadiens have done well at the last few NHL Drafts. They have quickly built up one of the best groups of prospects around the league. That group is led by first round picks like Cole Caufield, Ryan Poehling and Nick Suzuki, but what makes the Habs prospect cupboards so deep is that they have been able to find good players in all rounds of the draft lately.

Two of those later picks are Allan McShane and Cole Fonstad. It was announced yesterday that these two players will represent their current leagues in the annual CHL Canada Russia series that takes place across Canada in November.