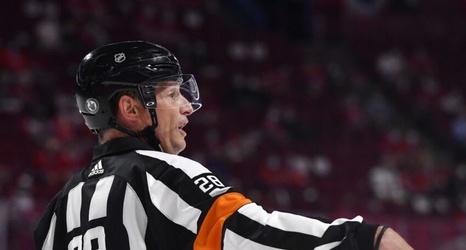 The Montreal Canadiens played an amazing Game 4 last night against the Vegas Golden Knights, but didn’t get rewarded by the numbers, and lost the game 2-1 in overtime.

However, what had Twitter and the entire hockey world buzzing during the game, after, and even now, was the absolutely terrible officiating in that game.

And I am talking about both teams here. This is not a “the Canadiens lost because of the referees” piece, but just a piece about how the referees did an awful job, missing many calls that should’ve been called and calling a soft hooking penalty against Nick Suzuki – that shouldn’t have been a penalty, in my opinion.