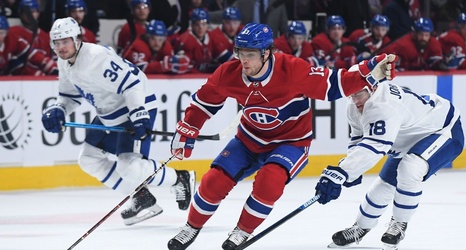 Remember that little hellion in Arizona? That 5 foot 10 daredevil? The little guy with a big heart, who only managed to score 9 goals, 5 of which were against an actual goaltender? The son of former Maple Leaf tough guy Tie Domi. Where did he go? The 9 goal scorer is nowhere to be found but the daredevil in Max Domi still very much exists and with much-improved goal scoring ability, he has blossomed into a star right before Montreal Canadiens fans eyes.

Max Domi was traded prior to the 2018-19 season for then Canadiens fan favorite, Alex Galchenyuk.