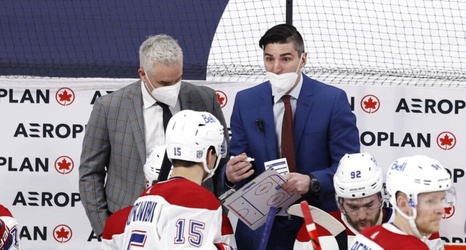 Montreal Canadiens general manager Marc Bergevin announced yesterday that they have officially extended the contract of assistant coach Alexander Burrows to keep him behind the bench for another three seasons.

The ex-Vancouver Canuck is 40 years old and became an assistant coach in Montreal last February when Dominque Ducharme was named interim head coach after Claude Julien was fired. He was pivotal in running the offence and the powerplay which helped the Habs reach the Stanley Cup final for the first time in 28 years.