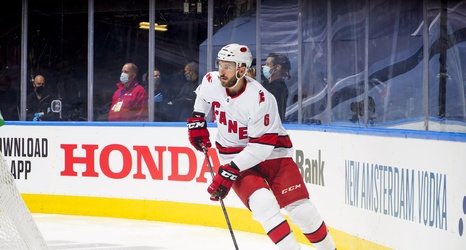 The Montreal Canadiens have made their second addition of the off-season, trading a 2020 fifth-round pick to the Carolina Hurricanes in return for defenceman Joel Edmundson.

The pick the team traded was the 139th overall pick. Edmundson will be an unrestricted free agent on October 9. This likely means the team intends to sign the defenceman as there don’t appear to be any conditions on the pick.

Edmundson earned $3.1 million last season. He was traded from the St. Louis Blues to the Hurricanes prior to the 2019-20 season.