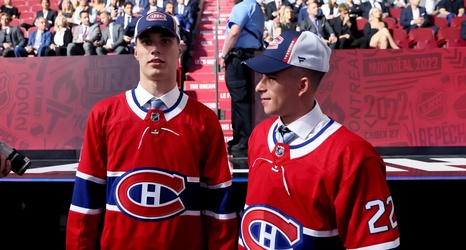 Heading into the 2022 NHL Draft, the entire hockey world shifted its gaze to the Montreal Canadiens. Nobody truly knew what the Habs were going to do, and with 14 picks there was a wide range of what Kent Hughes could do as well.

In the end, the Canadiens broke from the year-long consensus and selected the towering Slovak winger Juraj Slafkovsky first overall, kicking off a truly chaotic first round that left many of us in the press row staring in stunned silence. Slafkovsky wasn’t picked spur of the moment. According to Nick Bobrov, the team was still in deep debate going into Thursday morning, and when the time came the team planted their flag alongside the big winger.