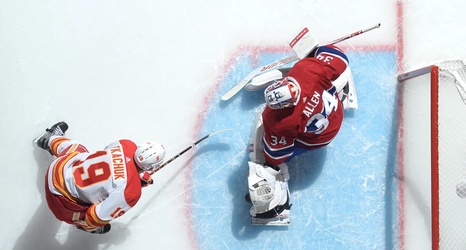 One could argue that the Calgary Flames weren’t sharp enough with their shots last night, however the simple yet efficient game Jake Allen plays made them aim a little tighter to the post.

This forced the Flames players pucks to strike iron and bounce out rather than going into the net. It was Jake Allen’s overall game that forced his opponents to make that adjustment. The goalie looked poised in his net with the calm and stability that the team needed to build from. Only a puck that bounced off of his own teammate managed to beat him.