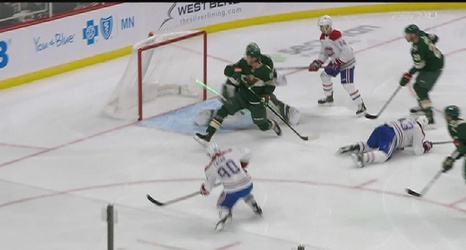 The Montreal Canadiens entered Sunday evening’s showdown with the Minnesota Wild on a roll, having beaten the defending Stanley Cup champions twice in the span of a week. They had also shut out the Wild just a few days prior in a game where both Victor Mete and Nick Suzuki tallied their first NHL goals.

Keith Kinkaid took the net for the second time this year, looking for his first win after suffering the loss in overtime against the Buffalo Sabres earlier in the season.