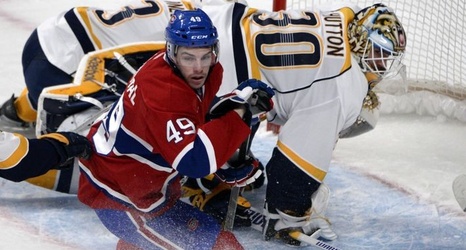 Michael Bournival has been an incredibly interesting prospect in his first three years of professional hockey. Since being acquired for Ryan O'Byrne he has been captain of a Memorial Cup winning team, led an offensively inept Hamilton team in scoring, shocked everyone and made the NHL out of training camp in his second year, and then for whatever reason found himself in the press box most nights this past year.

What we know for sure about Bournival is he has absolutely outstanding forechecking skills and the ability to adapt to new linemates on the fly.