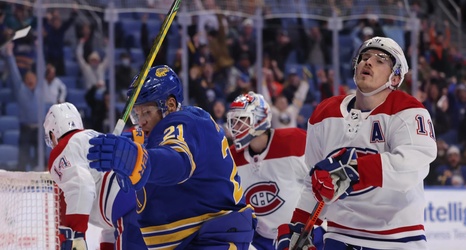 In their second game of the 2021-22 season, the Montreal Canadiens were slapped with a 5-1 loss to the Buffalo Sabres. Both teams have watched things go downhill since that game — more so for Montreal than for Buffalo — so at least there was a reasonable expectation of a closer contest.

Alas, anyone holding such expectations would have been brutally disappointed.

It honestly wasn’t that bad of a game for 20 minutes. The Canadiens held a slight edge in shots and possession, ending the period tied at one apiece thanks to two giveaways by Artturi Lehkonen and Jeff Skinner respectively.