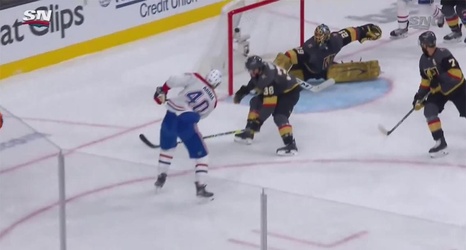 For the first time in several weeks, the Montreal Canadiens entered a playoff game trailing in the series. In Game 1 against the Vegas Golden Knights, they couldn’t overcome some self-inflicted defensive lapses, and fell 4-1. It was a struggle for a team missing their top defenceman in Jeff Petry, and despite Cole Caufield’s first playoff goal the offence struggled to find a consistent gear against a heavy Vegas forecheck.

In Game 2, Dominique Ducharme was tasked with finding adjustments to break the Knights’ defence down, something he did well in the Toronto and Winnipeg series.