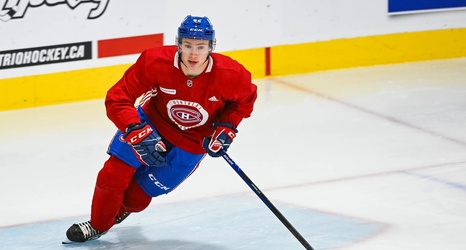 As an annual tradition, the Montreal Canadiens played their red and white game to precede the opening of the pre-season tomorrow night against the New Jersey Devils. There were quite a few impressive performances in the scrimmage, particularly from some players who have already been leaving a positive impression through their time at camp.

Chief among them is Owen Beck, who I hope is being pulled into a room this week to sign an entry-level contract.

He was everywhere on Sunday afternoon. His transitional and defensive play were excellent, and he chipped in with three assists for team red.