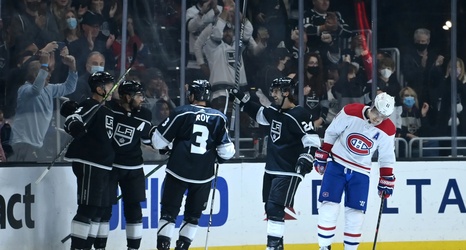 After earning their first win at San Jose in over 20 years, the Montreal Canadiens remained in California to take on an L.A. Kings squad featuring a familiar face in their lineup. Playing against their former shutdown centre in Phillip Danault, the Habs would need to bring some offense if they were to earn consecutive wins for the first time this season.

Welcome to your Bottom Six Minutes in which I’ll discuss them continuing to not have consecutive wins.

They were badly outplayed by the Kings. After a decent first period that saw them take a lead, they just came out flat for the second, and stayed that way for the remaining 40 minutes.