A Canadiens comeback would be absurd, but it needed to start somewhere 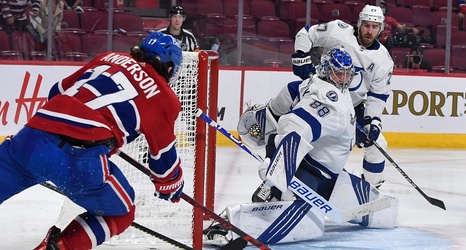 In 1983, the North Carolina State Wolfpack were the 16th overall seed, and sixth in their region, in the then-48-team NCAA men’s basketball tournament. In the tournament’s single elimination format, they beat every team they played en route to the championship, including the number one team in the country in the final.

Their coach Jim Valvano’s motto from that tournament has become lore: “Survive and advance.”

It’s a perfect motto that encompasses the absurdity of any pressure situation, but putting it in actionable terms. Heading into Monday’s Game 4, all the Montreal Canadiens said was that they wanted to go back to Tampa.