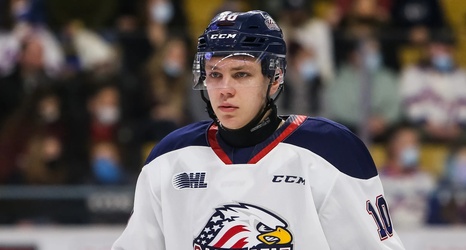 As the Montreal Canadiens continue their slow march toward modernization in the organization, one of the biggest areas that they can grow is on defence. There’s an opportunity for the team to do so in the middle part of the first round. Enter the dynamic Pavel Mintyukov of the Saginaw Spirit in the OHL, a truly modern defender who blends the line between forward and defenceman on every shift.

Originally part of the Dynamo Moscow system in Russia, Mintyukov never really found another level to his offensive game there, even when he earned a promotion to the MHL.