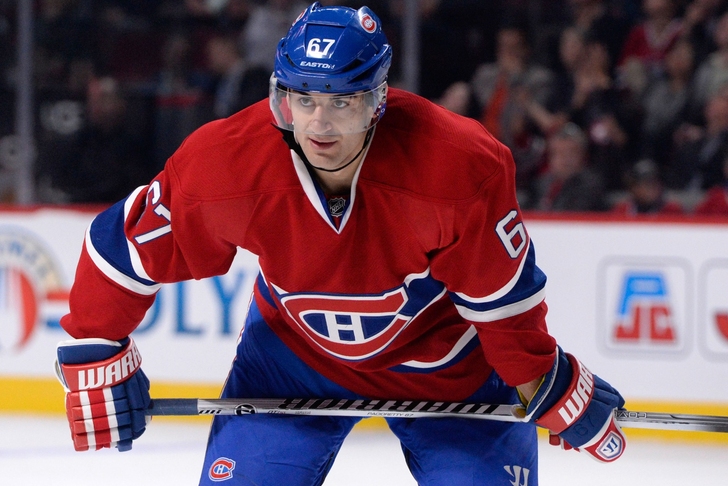 Tonight's edition of Canadiens news is completely and utterly all about the offense -- the Habs offense to be exact.

David Desharnais, Andrei Markov, Mike Weaver, and Lars Eller also had tallies for the Canadiens during the unanswered goal barrage which visually deflated an Ottawa Senators squad which is now dangerously close to being mathematically eliminated from the NHL Eastern Conference Wild Card race (seven points out with five to play).

Backup goaltender Peter Budaj stopped 39 of the 42 shots he faced to pick up his tenth win on the 2013-14 NHL campaign.

The most interesting thing to come out of Friday's contest was most likely Senators defenseman Erik Karlsson's violent check on Montreal Canadiens' right wing Brendan Gallagher -- a hit which sent teammate Alex Galchenyuk onto the offensive, exchanging punches with Karlsson for a round or two.

The Canadiens now possess a two-point lead over the Tampa Bay Lightning for third in the East with four to play. The Lightning have a game in hand, with five contests remaining.

Get Canadiens news whenever and wherever you want. Download our new Chat Sports IPhone app today, and follow our Canadiens team page.