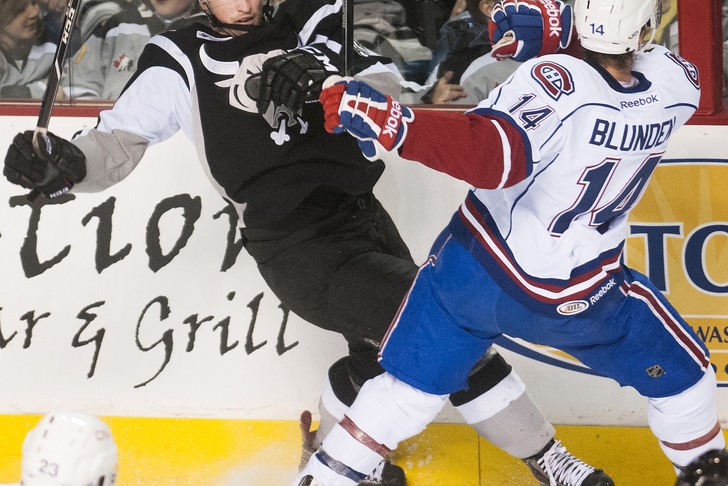 In Canadiens news tonight, the Montreal Canadiens have made what could be seen as a perplexing roster move today, calling up a 27-year-old minor league forward who has seen just 11 games of NHL action in the past two seasons.

Per Andrew Berkshire of SBNation.com, the Canadiens have recalled forward Michael Blunden from the AHL, bringing back a player who has appeared in just six games with the Montreal Canadiens this season right before the beginning of the NHL Playoffs.

In Berkshire's words, this move by the Canadiens' brass may not pan out for the best: "Blunden was a serviceable replacement level fourth liner last season, however in a six game call up earlier this year, he was absolutely awful, and a gigantic defensive liability."

Blunden has 18 goals and 18 assists with the Hamilton Bulldogs of the AHL this season, ranking third on the Bulldogs in total points.

Your Canadiens news whenever and wherever you want it. Download our new Chat Sports iPhone app, and follow our Canadiens team page today.