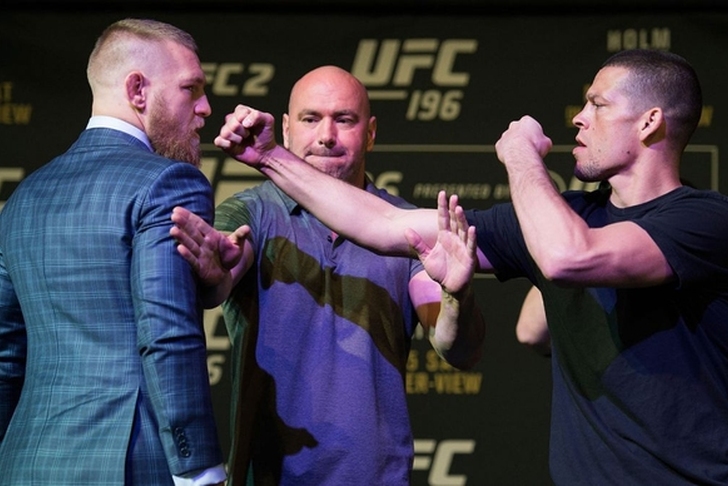 Conor McGregor and Nate Diaz really do not like each other. The UFC 202 pre-fight press conference for the two MMA stars was shut down early today after McGregor and Diaz's camp started throwing bottles at each other.

The video of the fight is below. The bulk of the NSWF language has been edited out.

Diaz and McGregor are set for a pay-per-view rematch this Saturday. Diaz submitted McGregor in Round 2 of their first fight at UFC 196.