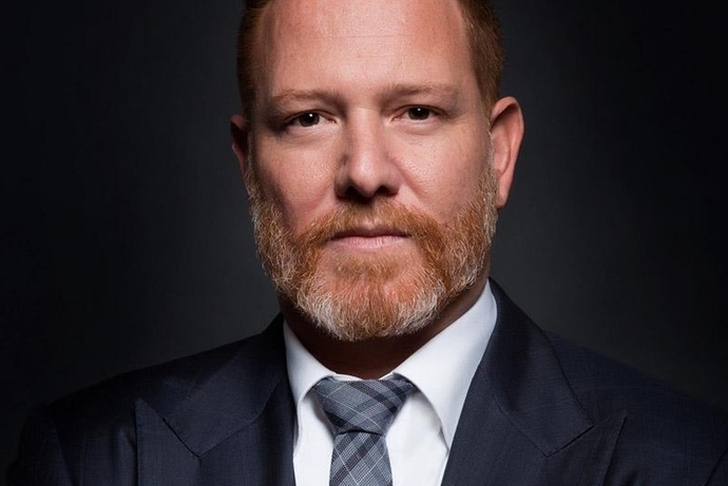 Through a rapid series of product launches and acquisitions over the past year-and-a-half, Triller’s Ryan Kavanaugh has been articulating his roadmap for the future of the fight game.

Ryan Kavanaugh, who is co-owner of Triller -- the AI-powered open garden technology platform for creators that includes the Triller social media app – vaulted the company into combat sports in November 2020 with a bout between Mike Tyson and Roy Jones Jr. that sold more than 1.6 million pay-per-view subscriptions. Launched in partnership with Snoop Dogg, Kavanaugh telegraphed Triller’s sports-entertainment crossover bona fides.

Kavanaugh has long maintained that Triller wants to shake up the moribund sport of boxing, by mixing fighters from different disciplines, speeding up the action, using cinematic techniques to film bouts, and interspersing them with top-tier entertainment acts, creating a sports-music nexus that was designed to capture what Kavanaugh calls the 17-27 “culture-graphic” audience. These are viewers, Kavanaugh says, who are digital natives, for whom online interaction is second nature, who love music and who express an interest in combat sports, but who are turned off by its last-century production values.

Triller Spearheads Innovative Acquisitions
Triller and Ryan Kavanaugh have leveraged their entire portfolio’s assets to create the kind of synergy that corporations often tout but rarely achieve. Triller acquired Verzuz, the rap-battle webcast series created by Timbaland and Swizz Beatz, in early 2021. Triller combined the Verzuz name and assets with its fight cards to create TrillerVerz events, a multiday, pay-per-view takeover of large arenas – such as the TrillerVerz III event at Brooklyn’s Barclays Arena in October 2021, featuring Big Daddy Kane and KRS One and a card of up-and-coming fighters. Triller even sells NFTs of its fights.

Triller Triad Combat Is Born
On the one-year anniversary of the launch of Triller Fight Club, Kavanaugh and Triller rolled out a new idea – what if we put combat athletes in a ring, but make the ring three-sided, instead of a square? Thus was born the Triller Triad Combat series, based on the idea that changing the shape of the ring can change the game itself.

Because the corners of a triangle are deeper than the corners of a square, they are easier to get trapped in. Boxers get punished, or do their punishing, in corners, which leads to crowd-pleasing action. As Kavanaugh told ExecEdge at the time, the fighters “will be in the corners either kicking ass or getting their asses kicked.”

Bulgarian boxer Kubrat Pulev defeated former UFC heavyweight champion Frank Mir in the inaugural Triller bout. Aside from the fighting, the show featured Rock and Roll Hall of Famers Metallica as the headline musical act. So impressed by the operation was Metallica, that they became a Triller investor shortly after the first Triad Combat event.

Triller Branches Out With BKFC and FightPFC Purchases
Since then, Kavanaugh’s Triller has been rolling up other strategic acquisitions to round out the company’s fight card, as it were, all with the idea of super-serving its target audience.

In March of this year, Triller purchased the Bare Knuckle Fight Championship (BKFC), a combat sport that is exactly what it sounds like. BKFC launched in June of 2018, is regulated in 18 states and Mexico, and is headlined by 2016 U.S. Olympic Bronze medalist Nico Hernandez and several UFC veterans.

"Combat sports, like music, have widely diverse styles and audiences,” Kavanaugh said. “FightPFC is indeed another wildly popular genre, and Triller is pumped to take it to the next level globally. We admire the risk-takers and those that see around corners to create and deliver entertainment and action for everyone.”

Kavanaugh knows that showmanship is an essential part of the fight game. In September 2021, Kavanaugh landed former President Donald Trump to do commentary for Triller’s bout between the legendary Evander Holyfield and former UFC champion Vitor Belfort.

Kavanaugh has also nurtured an ongoing beef with Dana White, president of the UFC. This kind of public back-and-forth keeps fans engaged. Kavanaugh has chided White for underpaying his fighters and treating them like “indentured servants,” an assertion that was backed up by UFC heavyweight champion Francis Ngannou in January.

Ryan Kavanaugh And Triller Set Sights On The Future
Triller’s pending $5 billion merger with SeaChange, which focuses on advanced digital advertising, will assuredly provide more opportunities for Kavanaugh to continue consolidating his corner of the fight game and moving combat sports into the future.

"When we started Triller Fight Club over a year ago, the goal was to see if we could bring excitement to combat sports and deliver a product that Gen Z would love. Between Triad Combat, TrillerVerz, and large Fight Club events, we have done just that," Kavanaugh said in a release. "Now that we have perfected the product, it's time to roll out a consistent schedule so we can dominate combat sports."

The NFL Draft is live on Chat Sports' YouTube channel - join us!