Vieira in favor of cancelling UFC 250: ‘My health and everyone else’s comes first’ 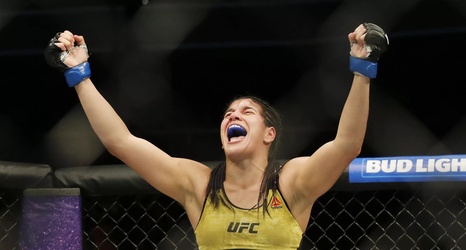 While UFC president Dana White is still finding a way not to have UFC 249 postponed, female bantamweight contender Ketlen Vieira thinks UFC 250 should definitely be called off.

Scheduled to take place in Sao Paulo, Brazil, the event would take place in the middle of the coronavirus pandemic, which is gaining momentum in Brazil everyday. The country has over 600 cases, and with and 22 out of the 25 confirmed deaths being in Sao Paulo, it’s the most affected city in Brazil so far.

Due to those alarming numbers, Vieira tells Ag Fight she would not mind seeing the May 9 event being called off or postponed.