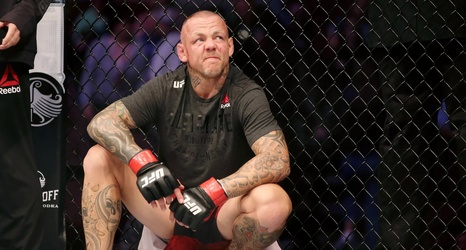 After a brief retirement, Ross Pearson returned to MMA competition on Saturday night. It didn’t go so well for the long time UFC veteran as he was on the receiving end of a rare highlight reel knockout from Davy Gallon.

Headlining Probellum in London, Gallon landed a massive rolling thunder kick in the third round that brutally put Pearson out cold. Watch the insane finish below:

After his 10-year stint with the UFC ended, Pearson announced his retirement from mixed martial arts on April 2019. Like most retirements in combat sports though, it was very brief and temporary.