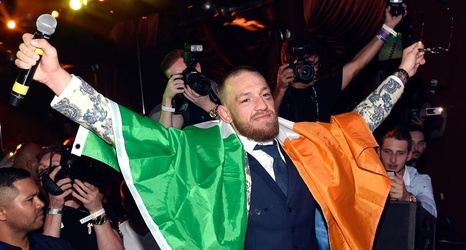 MMA Fighting’s Petsey Carroll took the streets in Dublin recently to ask people on the street how they felt about the Octagon return of ‘the Notorious’ Conor McGregor.

Conor McGregor has not fought in the UFC since his loss to UFC lightweight champion Khabib Nurmagomedov at UFC 229 in October, 2018. He hasn’t won a sanctioned fight since UFC 205 in November, 2016; when he defeated Eddie Alvarez for the lightweight crown.

The bout with Nurmogomedov was stained with the scenes that preceded and followed the Dagestani’s victory. The lead-up to the fight featured some of the most bitter back-and-forths we’ve ever seen in mixed martial arts, all stemming from an incident that saw McGregor launch a dolly through the window of a bus carrying Nurmagomedov and other fighters.