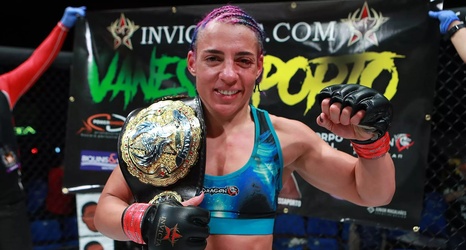 Vanessa Porto’s reign as the Invicta FC flyweight queen has come to an end as the Brazilian signed a deal with Bellator, the promotion announced following a report from ESPN.

Porto (22-8) claimed the belt with a technical decision victory over former UFC talent Pearl Gonzalez in Feb. 2019, defending it once against Karina Rodriguez in November. The longtime veteran has defeated the likes of Roxanne Modafferi, Germaine de Randamie, Tara LaRosa, Jennifer Maia and Tonya Evinger throughout her MMA career.