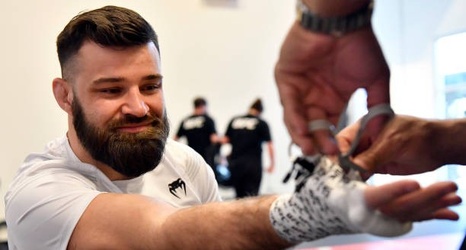 UFC middleweight fighter and Kansas City native Julian Marquez defeated Sam Alvey via a rear-naked choke in the second round of their UFC on ABC fight Saturday.

The pickleball challenge has apparently been granted, with all three Kansas City players responding to it on Twitter. Kelce even suggested heading to the local Chicken N Pickle.

Once again, Julian Marquez's unconventional post-fight callout hit the mark ud83cudfaf<br><br>This time, he's got himself a pickleball battle with three of the NFL's best ud83dude02 pic.