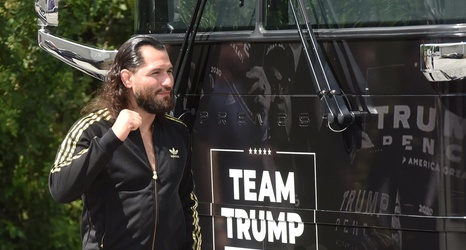 Former President Donald Trump will be joined by one of his favorite fighters when he calls Saturday’s boxing event headlined by Evander Holyfield vs. Vitor Belfort.

According to a press release from Triller Fight Club, Jorge Masvidal will call the entire four-fight telecast, which also includes Anderson Silva vs. Tito Ortiz and David Haye vs. Joe Fournier, alongside the former president. The duo will be joined by broadcaster Todd Grisham, while the main telecast will also feature 50 Cent.

“I love great fighters and great fights,’ Trump said in a news release ahead of Saturday’s bout.