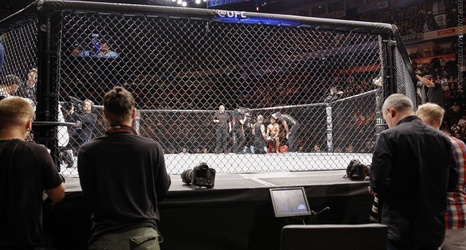 One empty seat is leading to some consternation in the UFC.

UFC fighter Adriano Martins is calling for a no contest in his UFC 204 bout with Leonardo Santos, because judge Jeff Mullen was absent from his cageside seat in the first round and part of the second. Santos ended up winning the fight by split decision in Manchester, England.

Martins' manager Alex Davis told MMA Fighting's Guilherme Cruz that Mullen should have been in his correct seat throughout the fight and seemed to not be looking at the action when he was walking there very early in the second round.