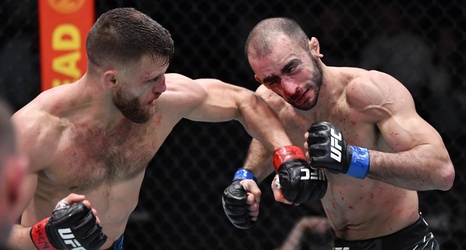 Giga Chikadze was in bad shape when he left the Octagon following his unanimous decision loss to Calvin Kattar at UFC Vegas 46 on Saturday night. The Georgian was virtually unrecognizable, sporting deep cuts and severe bruises on his face from absorbing 144 significant strikes from the New England Cartel product.

Considering how much damage he sustained, it should come as no surprise to see that Chikadze has received an indefinite suspension from the Nevada State Athletic Commission (NSAC). He must have a follow-up MRI and be evaluated by a neurosurgeon within two weeks.