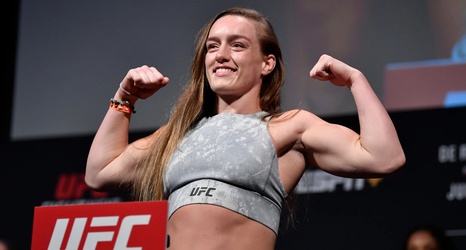 UFC Vegas 40 happens this Saturday night at the UFC APEX facility. The event is headlined by featherweights Norma Dumont and Aspen Ladd. Ladd is coming in on short notice to replace Holly Holm.

Ladd gets the call despite suffering through a terrible weigh-in at UFC Vegas 39, where she was pulled from her bout with Macy Chiasson. That was the second time we have seen Ladd tremble on the scales.

Today she’s weighing in at featherweight for the first time in her career. So hopefully we don’t see a repeat performance of her struggles at bantamweight.