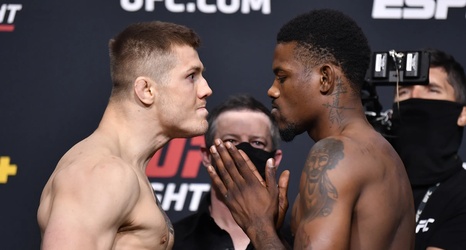 This is the UFC Vegas 23 live blog for Marvin Vettori vs. Kevin Holland, the middleweight headliner for Saturday’s fight card at UFC APEX in Las Vegas.

Vettori arrives in the octagon on a four-fight winning streak with an aim to earn a rematch with champ Israel Adesanya, who outpointed him earlier in his UFC career. His originally scheduled opponent, UK star Darren Till, was a solid move toward that goal. But a broken collarbone forced Till to withdraw, and the UFC slotted Holland in his place.

Holland, otherwise known as “Trailblazer,” gets another chance to deliver in the spotlight after an appearance at the previous UFC Vegas event went south in a big way.