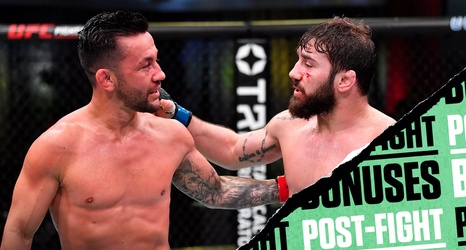 The APEX Center in Las Vegas, Nevada was home to a great night of fights at UFC Vegas 20: Rozenstruik vs. Gane. The card saw one (T)KO and eight decisions, including one majority draw.

The prelims opened with a grinder between Dustin Jacoby and Maxim Grishin that saw Jacoby take the unanimous decision. That was followed by Ronnie Lawrence scoring a third-round finish of Vince Cachero by TKO after dominating the standup for much of the fight. Alexis Davis defeated heavy favorite Sabina Mazo by lopsided unanimous decision, proving the old guard still has some tricks up their sleeves.