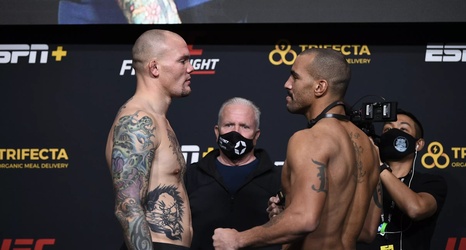 This is the UFC Vegas 15 live blog for Anthony Smith vs. Devin Clark, the light heavyweight co-headliner for Saturday’s fight card at UFC APEX in Las Vegas.

Smith and Clark approach the fight on opposite sides of the win column. Clark, a veteran of the Jackson Wink camp, has won his past two fights with decisions over Dequan Townsend and Alonzo Menified, respectively. Currently unranked, Clark would take a huge step up and possibly debut inside the top-15 with a win over Smith, a one-time title challenger who’s recently hit the skids.