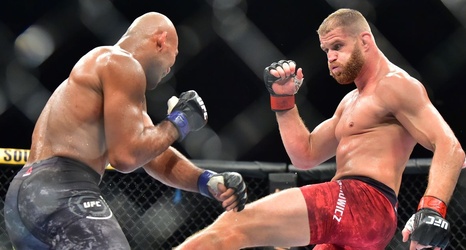 Jacare opened the fight aggressively on the feet trying to put Blachowicz’s back on the fence. Both men never landed anything significant on the feet early on, but Blachowicz was getting off more strikes despite the stalemate standing up.

Coming into the last round, the lack of action in the fight meant it could have been anyone’s to win, but Blachowicz steered the fight in his favour clearly hurting Jacare with an uppercut, but the Pole never followed up on the strike and the fight predictably went to a decision.